Posted on April 8, 2011 by carolewaterhouse 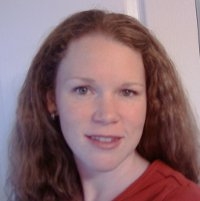 Jodi Milner, blogger and aspiring novelist, hopes to finish her fantasy novel “Stonebearer’s Betrayal” and start submitting it to agents before the end of 2011.  When she is not shepherding children or working on her novel, she writes posts at My Literary Quest which is full of advice and resources for writers, all gained from real world experience.

NYT Best Seller Barry Eisler turns down $500,000 advance in favor of Self Publishing

That’s right,  Mr. Eisler was offered a whopping half million dollar advance for his book from a mainstream publisher, and he said no.  For all of us struggling writers out here in the real world the thought seems completely insane.  Getting an offer from a mainstream publisher is a huge accomplishment – it means that all of our hard work has finally been acknowledged and someone believes in it.

However for Mr. Eisler it is a different story.  He’s been in the business for a long time and has had his share of success.  He understands the truth about advances and royalties.  He has established a name for himself.  By self publishing and epublishing he gets to pocket a larger percentage of the royalties, a whopping 70% compared to the puny 14.9%.

By accepting the $500,000 advance Eisler will have to sell a crazy 3.3 million units at $1 before he even catches sight of a royalty check and then he will only get 14.9% of each unit sold after that.

Eisler is making a gamble, knowing his fan base and history with his other books he believes that he will sell enough on his own to compensate for not accepting a half million dollar advance.  In the long run getting the higher percentage will serve him better than what the publisher has to offer.

For the rest of us fiction writers who have yet to make a name for ourselves in the publishing world using the traditional route does have more advantages than disadvantages.  Contracting with a publisher means that they will provide services like editing, creating a cover, finding reviews, and distributing the book to the national market.  It is in their best interest to sell as many copies as they can to make a profit.

There are those stories of début authors hitting it big with e-pubbing, offering their books for low prices through Amazon and other services.  They had to find their own editor, design the cover, and create their own marketing plan.  Some would argue that doing this they have more control over all the aspects of their book, which is true.  At the same time, most writers aren’t great at marketing strategy and would rather spend their free time writing.   For every success story there are thousands if not more e-pubbed books that never sell more than a handful of copies.

The bottom-line?  Each writer must weigh the odds for themselves.  A traditional publisher will release a book on the market when there is a natural peak in interest for that genre.  This means an author might have to wait months before it is released, but more books will sell.  With e-pubbing it is a matter of how fast you can fill out the form, assuming that the other work, editing, etc, has been done.  Release your book when the market is interested in something else and it may never see the light of day.  Traditional publishing will give you an advance that you get to keep regardless of how your book does on the market.  With e-pubbing you only earn on what you sell, period.  To get a mainstream traditional publisher you must first get an agent which is a long and involved process.  That agent will fight for you and also help make your book the best it can be.  With e-pubbing you are on your own.

In addition to thanking Jodi today, I’d also like to announce the release of my new novel, The Tapestry Baby. To celebrate its release, free ebook copies will be available through the following links until midnight, Sunday April 10.

A creative writing professor at California University of Pennsylvania, Carole Waterhouse is the author of two novels, The Tapestry Baby and Without Wings, and a collection of short stories, The Paradise Ranch. Her fiction has appeared in Arnazella, Artful Dodge, Baybury Review, Ceilidh, Eureka Literary Magazine, Forum, Half Tones to Jubilee, Massachusetts Review, Minnetonka Review, Oracle: The Brewton-Parker College Review, Parting Gifts, Pointed Circle, Potpourri, Seems, Spout, The Armchair Aesthete, The Griffin, The Styles, Tucumari Literary Review, Turnrow, and X-Connect. A previous newspaper reporter, she has published essays in an anthology, Horse Crazy: Women and the Horses They Love, and Equus Spirit Magazine. Her book reviews have appeared in The Pittsburgh Post-Gazette, The Pittsburgh Press, and The New York Times Book Review.
View all posts by carolewaterhouse →
This entry was posted in Uncategorized. Bookmark the permalink.